Which web browser you choose is largely a matter of choice and what you’ve gotten used to in the non-iPad world. Although Safari wasn’t much better than the others prior to iPadOS, now there’s a very good reason to choose it over the others.

Safari has gotten a lot better with this version. It’s now a full desktop-class browser, which means it can run all the major web apps, such as Google Docs, Squarespace, and YouTube. All work the same on the iPad as they do on any regular computer.

Apps like Google Docs, that used to require a half-baked app to run, now run natively in Safari. Apple’s browser also has a “read it later” feature that is quite nice, as well as tabbed browsing. It also tends to be faster than the competition most of the time.

Chrome is probably the most full-featured browser out there, with the most compatibility with the web. Most sites “just work” without issue on Chrome.

Firefox has been all but forgotten until recently. With their new ‘Quantum’ version for the desktop (and presumably soon for iPadOS), they are making something of a comeback. It has integration with Pocket, one of the major read-it-later services, and has a very powerful screen-shot and screen-saving system. 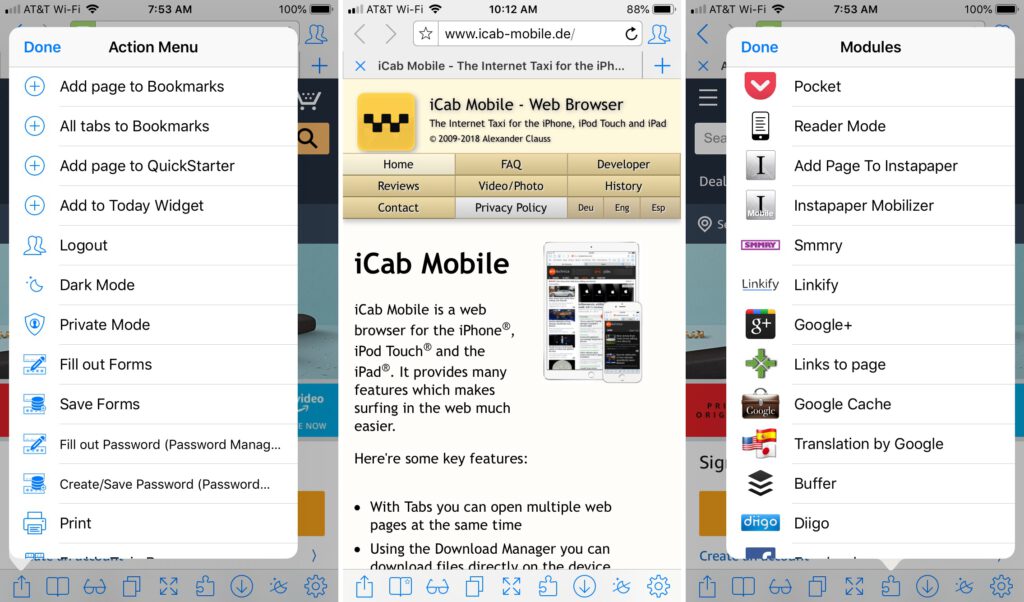 iCab This one is a good choice for privacy-oriented users. As I said a moment ago, Safari now runs as a desktop browser, but iCab has the ability to “disguise” itself as any other browser on the market. Communications

Messages is Apple’s iMessage app. It can text back and forth with other users of Apple products. If you have an iPhone, this is the default messaging program for SMS. It has a lot of interesting features (maybe too many features, in my opinion), such as stickers, iMessage apps, sound effects, and image search.

Slack is a major communications platform for many small businesses. You can set up custom “chatrooms” for groups and departments, and all communications can be kept in one place.

Telegram is similar to Slack. Which one you choose depends on what your friends or colleagues use (possibly both).

Facebook Messenger the app for Facebook used to have the messaging built-in, but a while back they split the messaging functions off into its own app. If you talk to Facebook friends privately, then you’ll need this app.

IRC has been around for decades, and is still going. This text-based chat system allows you to connect to many specialized servers, not just one centralized company, so it’s a very robust system. IRC isn’t an app, it’s a server protocol. If you want to use IRC, then an app like 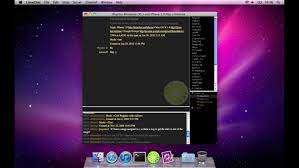 Igloo IRC or LimeChat is needed.

FaceTime, Google Hangouts, and Skype are good if typing, texting, and emailing aren’t your thing, and you’d rather just call someone.

That’s an option too. The iPad is not a convenient replacement for your phone, but it’s right there in front of you all day long, so why not use it for calls? These three apps each offer voice-only or face-to-face video calling.

Which do you want? That depends on your clients or whoever you’re calling. None of the three are intercompatible, so you need to have what the person on the other end is using. Note that Google Hangouts is scheduled to be shut down and discontinued in late 2019, so by the time you read this, it may be already gone.

Google Voice is yet another option, and this one allows you to send and receive phone calls to or from people with real telephones, regardless of what kind of system they are using. Google Voice is, however, audio-only. All of these solutions are free within the USA, and inexpensive for worldwide “long-distance” calls. Social Media Although it’s completely possible to do all your social media activity on your phone, sometimes it’s nice to be able to use the big screen of the iPad. Actually, social media is the primary use of the iPad for many people.

Facebook is still the king of all social media sites. You have a choice in how to access it on the iPad: either via the Facebook App or through Safari or some other web browser. The Facebook app simplifies things quite a bit, and it also hides many of the ads.

The web browser version is, of course, the full experience, including all the ads. It just depends on how you prefer to work. Twitter, like Facebook, can be run through a browser or an app, but it offers a vast number of choices in apps. Twitterific, Tweetbot, and many others offer many more features and a better interface than the default app from Twitter itself.

Tweetbot Twitter Client Instagram isn’t like the others. Instagram (so far) has never released a version of their app for the iPad. Their app is available on the phone, and meant for the phone, as they want things to remain completely mobile. You can still install it on the iPad, and it works. But it looks somewhat stretched, doesn’t fill the screen, and doesn’t offer any special features. There are other, third-party, apps available for browsing Instagram, but Instagram doesn’t allow these apps to upload photos.

Reddit has quickly become one of the busiest and most influential sites on the net. Whatever your interest, there’s probably a subreddit for that.

Although there is an official Reddit app, there are some excellent third-party apps, including Narwhal and Apollo. I personally use the Reddit App on my iPhone and Narwhal on the iPad. Be warned though, once you start on Reddit, you can easily get hooked.